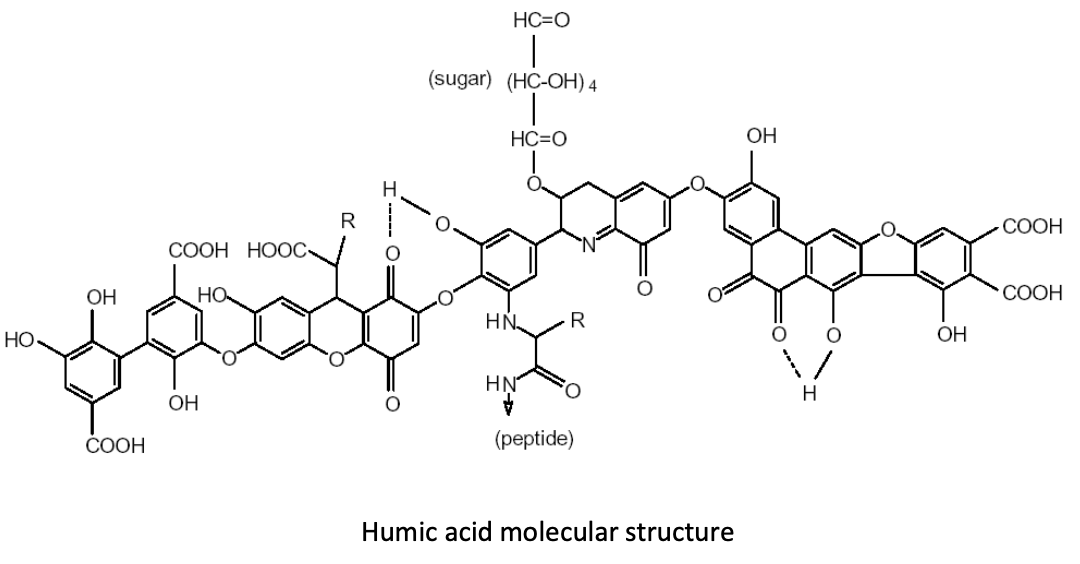 Humic substances in the soil are well known for increasing availability of plant-necessary nutrients (Pettit, 2012). Of the multitude of these nutrients, phosphorus is of paramount importance in many aspects of the growth phases and fruit/grain production of the food crops we raise worldwide.

In many cases, phosphorus is an element that is rather immobile in the soil.This is in part caused by the negative electrical charge of phosphorus, making it an “anion,” which attracts and binds it to a number of positively charged elements in the soil known as “cations.” A very typical relationship in many agricultural soils—through this electrostatic attraction of cations and anions—is the binding of phosphorus with calcium. Fixation of phosphorus in the soil is also caused by binding to other cations in the soil such as iron and aluminum (Wang et al., 1995). Once phosphorus is bound to a cation such as calcium, this particular elemental combination makes phosphorus even less mobile and “reachable” by plant roots for uptake. 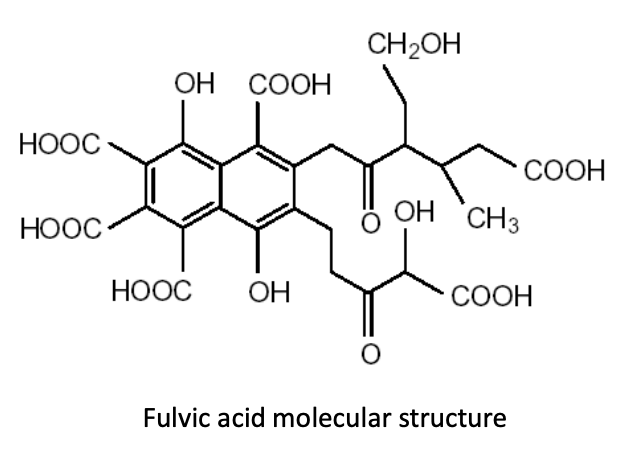 Increasing humic substances in the root-zone, and thus increasing the number of these neighboring functional groups, creates an environment in which one functional group attracts the negatively charged phosphorus ion, and another neighboring functional group attracts the calcium ion. In this way, the phosphorus/calcium relationship is “fractionated”—or split apart—making phosphorus an elemental phosphorus again, which increases availability and uptake of this necessary nutrient. Additions of humic acids to the soil greatly increase the amount of water-soluble phosphate in the soil (Wang et al., 1995).In a 2008 trial in Ventura County, Calif., using celery, broccoli, sweet corn, sweet melons, sugar beets, and potatoes, humic acid applications increased phosphorus uptake by 27% – 37% on average. This increase in phosphorus uptake contributed to a 15.4% average increase in yield. (Table 1) 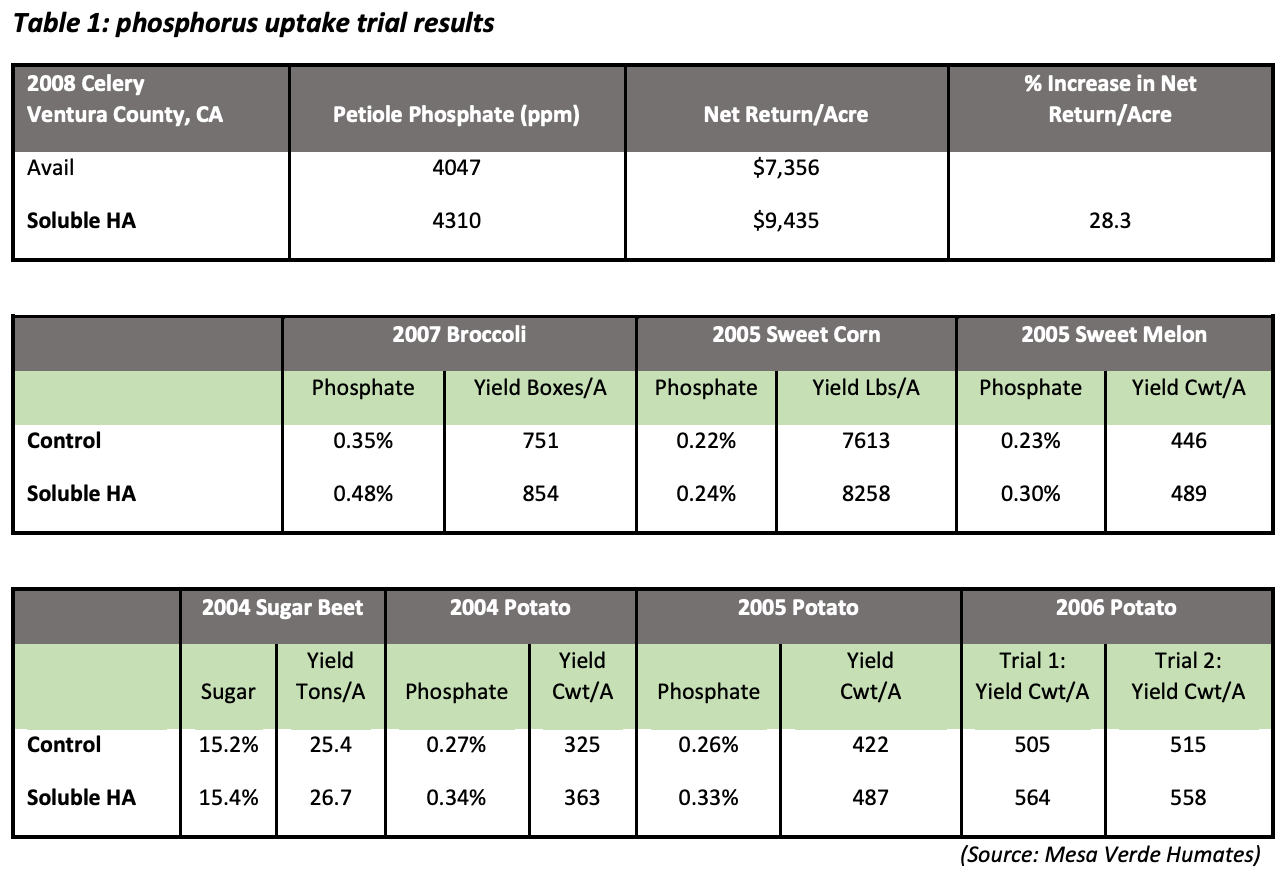 In short, applications of humates/humic acid products (which also contain the all-important fulvic acid fraction) were attributed to a marked increase in net return per acre approaching the 30% mark. In light of these attributes, the practice of increasing humic substances in production soils is a proven method for increasing phosphorus uptake and return on investment (ROI).Contact us for more information about how to implement a program on your farm for increasing soil humus and ROI.

XJ Wang, ZQ Wang, SG Li (1995). The effect of humic acids on the availability of phosphorus fertilizers in alkaline soils, Soil Use and Management, pp. 99-102.