Why Are Humic Substances Called Acids? 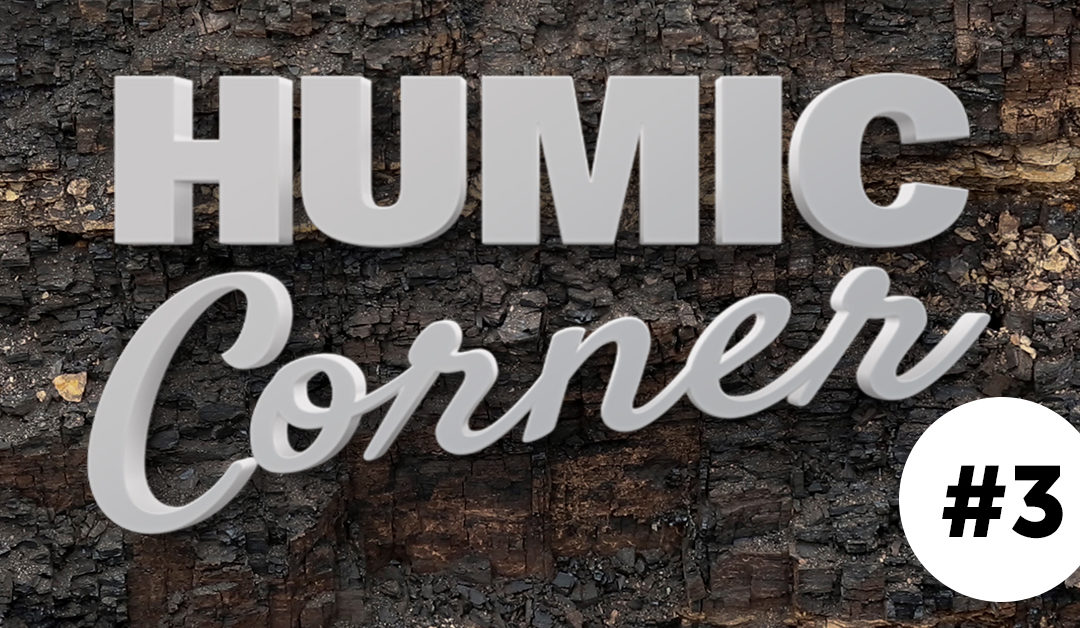 Organic acids are generally weak acids that do not completely dissociate (i.e., donate a proton) in water in the way that strong mineral acids do, such as in the case of hydrochloric acid (HCl). The most common organic acids are carboxylic acids, sulfonic acids, phenols and alcohols (Figure 1).

All of these structures can be found in humic and fulvic acids, sometimes all in the same molecule. For example, one humic acid or fulvic acid molecule might contain a benzoic acid, a phenol, an alcohol, and an aliphatic carboxylic acid (Figure 2). All of these functional groups can ionize (i.e., lose their H+ atoms and contribute to acidity) (Figure 3). The primary factor affecting ionization of organic acids is pH. 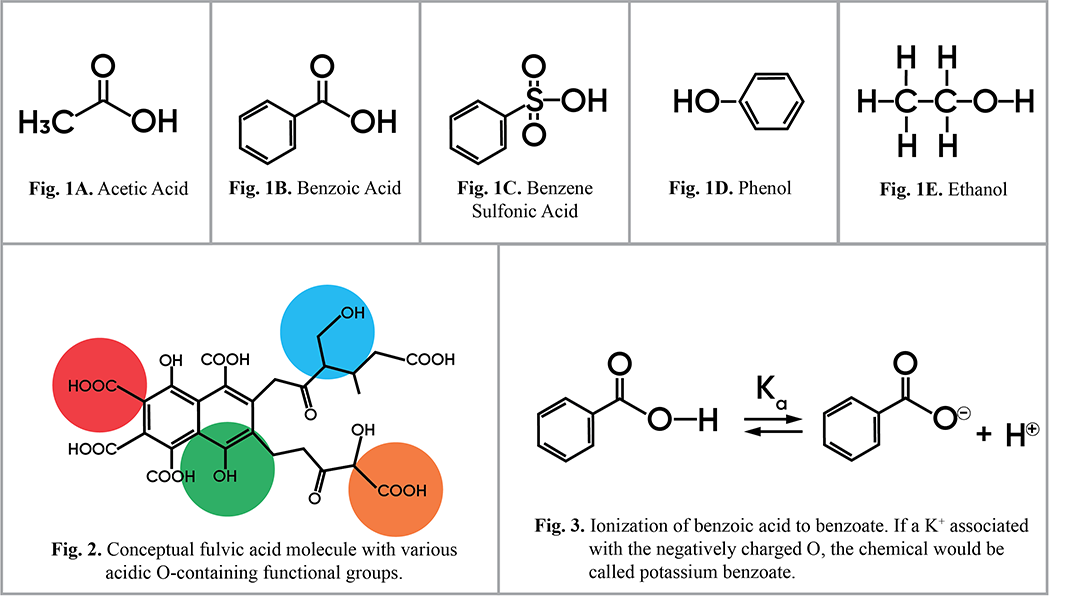 We will discuss the interrelationship of soil, pH, and humic substances in Humic Corner #4.